Operating from a position of hurt 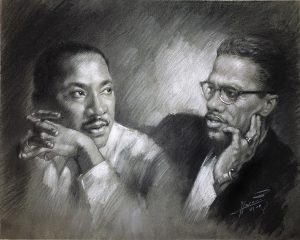 It was six years ago today that my Father passed away.  I had a wild spiritual encounter on that very day which took me five years to be brave enough to tell about a message received from beyond.     It provided a hurt ‘boy’ who carried pain for decades a chance to move from being in a position of hurt to one of love and understanding.

Today is also Martin Luther King Day, 50 years since his death.  As my deepest thoughts 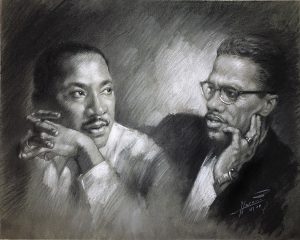 about sharing my own experiences to help other people fight thru their inner pains were difficult, I admire this man who was not afraid to stand up for others.  I wonder how he felt about those who hated him as he lived his life seeking to bring freedom and fairness for all.  What did those, even of his race, with contrasting views say and do?  Were they all operating from a position of hurt their entire lives?

Millions of opinions about this great leader have been written.  We all have heard the words of his final speech, Free at Last.   I went on a safari to determine just why were his last years seemingly filled with calmness and peace, especially when we know his life was filled with threats of death the entire time.

I came upon a less known audio recording on YouTube that answered the very question in my mind.   MLK had moved from a position of pain, hurt, and fear because he learned to operate with a different strength.   As my own words would not be able to do justice to his, I encourage you to turn up the volume and listen to this excerpt recorded regarding a time 14 years before MLK’s death.

Seriously, if you do not listen to the YouTube audio, you will miss the whole point of this document.  If it does not move you want to carry MLK’s fight for the sake of all to stop the racism that continues to proliferate our society, perhaps you need to take a look inside. Take the six minutes to listen and come back.

On the contrasting side is another figure who surprisingly disagreed with MLK’s views on dealing with the racist issue of the times.   Judge for yourself, was Malcolm X operating from a position of hurt?

I cannot pretend to know the history of Malcolm X and his viewpoints, but clearly, he was not a fan of MLK and goes as far as saying he was ‘paid by white people to keep blacks defenseless.’  I surmise Malcolm was operating from a position of pain and hurt.

The mini-story I wrote about hearing a different view of my Fathers actions and the way he lived was one of many events that happened in my life causing me to live with a feeling of fear and even inferiority. For decades, I had viewed what my Father had done from a position of pain and hurt.  The thought had crossed my mind to start a blog to spew out all that pent-up anger.

The pen, like the mouth, can provide an avenue for the release of many different emotions.  Social media has provided the opportunity for individuals of all types to release hate, anger, and vitriol that seldom found its way to print in the past.  Anonymously written words in commentary sections have reached the point where they are not worth reading as some are so ridiculous and filled with hatred.  When beginning this site, I had aspirations of spewing and getting even with those who caused much pain to me over the years.   It is easy to write with hurt and tell people like it is.  I was very tempted to do just that.

While attending a writing seminar, three years ago, I was struck with a statement that changed my mind.  The words were:

‘you should never write with a poison pen,’

I did not need to ask anyone questions to the meaning of that statement.

In all that we do, we could choose to operate from a position of hurt, as many have done and continue to do today.  Hurt produces lashing out at others, fighting for our personal rights, and returning violence for violence.   We become focused on vengeance rather than pursuing peace and understanding of one another. 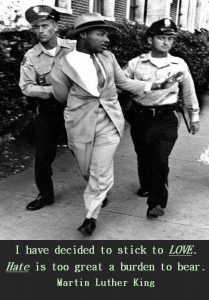 There was an even better example than the one and only American where a day is set aside to remember his life if you care to know who that was, enter into the Portico…

If this is your first time visiting Average Joe’s Portico, every post is written in two parts. You have just read the portion challenging the mind, body, and soul.  In The Portico I seek to tap into your spiritual side, but only IF YOU DARE.  Tap the Red Line Below. to hear the Spiritual side of the story.  (For more info – read the ‘Do You Dare’ Tab)

One other human on earth found that spreading peace on earth was contrary to what other people wanted to see and hear. His life, like MLK, was lived under the constant threat of death by those who did not like what he had to say.

Then the Pharisees called a meeting to plot how to kill Jesus. Matthew 12:14

It would have been easy for Jesus to have his feelings hurt by people wanting to kill him.   It would be easy to argue and state his case against all those who were against him.  It would be easy for him to have rounded up an army and fight against those who disagreed with him.  He, in fact, carried the power to pour out vengeance and justice on those who hated him and make life hell for his people.   Instead, he not only showed us how to live a life of peace and love, but he told us how to operate from a position of bringing heaven straight to earth.

What He did was a contrast to the written religious rules.   One of those rules was not working on a Sunday.   This particular rule was one the Jewish leaders liked to tout, and Jesus seemingly broke this rule when of all things, He healed a cripple on a Sunday (Sabbath).  Here is what transpired:

‘The man went back and told the Jews that it was Jesus who had made him well (healed). That is why the Jews were out to get Jesus—because he did this kind of thing on the Sabbath.  But Jesus defended himself. “My Father is working straight through, even on the Sabbath. So am I.”

That really set them off. The Jews were now not only out to expose him; they were out to kill him. Not only was he breaking the Sabbath, but he was calling God his own Father, putting himself on a level with God.

So Jesus explained himself at length. “I’m telling you this straight. The Son can’t independently do a thing, only what he sees the Father doing. What the Father does, the Son does. The Father loves the Son and includes him in everything he is doing.            John 5:15-20 (copyright  The Message)

It seems like something impossible that Jesus would do only that which He ‘saw his Father doing’.   Ok, he saw God doing things and only did what he saw.  Really?  How did he do that?  To steal an old phrase, a better question is;  what would God do?   As I go about each day I am often confronted with decisions on how to respond to injustice and unfair people, I ask myself, what would Jesus do?

Like the story of Him helping (and healing) the man, we learn from the written word how He handled many situations.  I believe those words, if we allow them, penetrate our spirit while reading them.  If I allow it, I carry them in my mind, and they affect my actions after that. The more I learn them, and put into them into action, the more it becomes natural.  (Jesus practiced 30 years before confidently spreading his message, it took concentrated time)

Writing is a bit easier.  I had five years to think about the encounter I had with my Father in the field.  I had 45 years to overcome the hurt.    It took a long time to forgive him for the baseball game incident.  But once I did forgive (as God forgives us) I was able to set aside that hurt and operate from a different place.  I sat on the written story and revised it often, before being sure it had the hurt completely removed.  Writing allows you some time to think.  Nevertheless, stopping and thinking before acting is wise.

I could write with a poison pen, or write with one that portrays my own inner healing (being healed on the inside from pain and hurt is like a disabled person being healed – but only God can truly heal someone).  The hope then is my victory would help some other soul that also needed to deal with pain.  Like dominoes, we can spread hate and hurt and watch it tumble from one person to another.   Conversely, we can spread love, understanding, and forgiveness and watch it flow positively.

MLK gave us the chance to see how peace could be brought about in our times.  It is a shame he was killed and we did not see him carry the mission further.    He showed what the dependence on God, he mentioned in the audio, looked like.   We have seen it in MLK and many others.  Jesus explained ‘at length’ that when we stop, look, and ask what God would do, we would know what to do as well.  Spend enough time learning from the life of Jesus and put it into practice, and maybe those who hate, and hurt like we used to hurt, will see it also.

Imagine how different the world would be if all of us practiced every single day, and every moment;  Operating From a Position of Love?  MLK carried the message and paid the price, as did Jesus.  Both were willing to stand up for others from a position of love, casting aside fear and hate.   How about you?

Please share your comments, what struggles with hurt do you have?  How can we help you move from a position of hurt to one of love?