Dion -From Wanderer to Wise-Walker 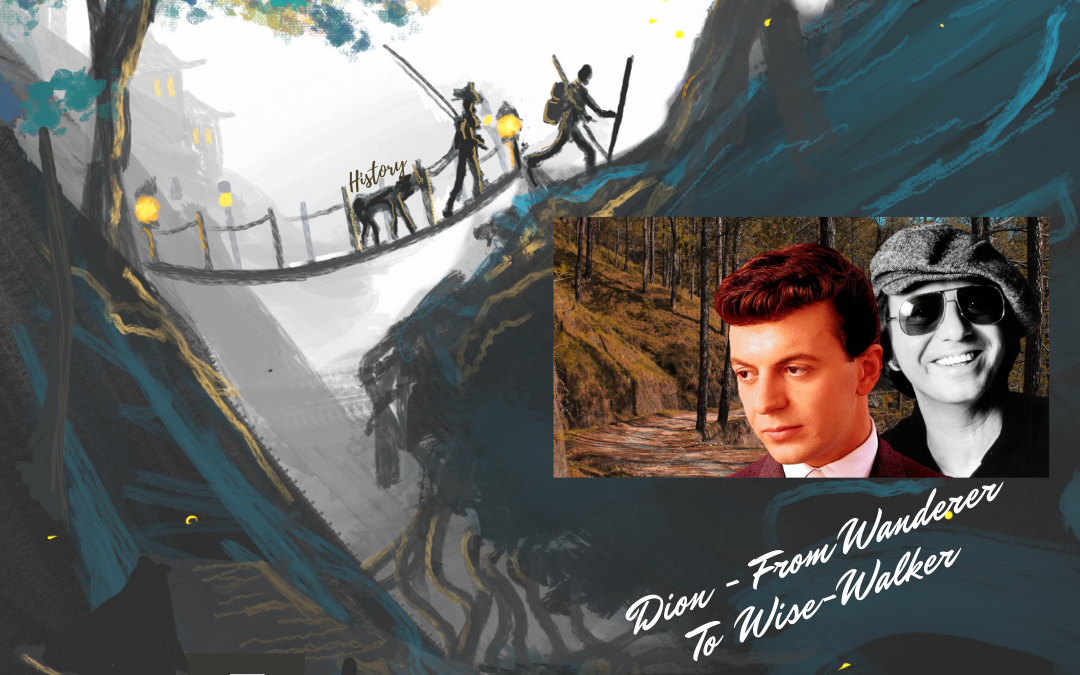 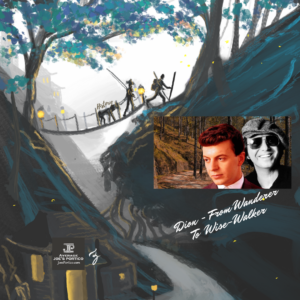 med musician Dion DiMucci from the vintage rock and roll era carries both burdens and rewards in his storied career.  Some today seek to erase history, not understanding the value of wisdom gained thru both tragedies and triumphs.  Individual experiences either help us gain compassion and wisdom or bitterness and enmity.   This is a story of ‘Dion’ who, at the age of 81, grew from a ‘wanderer’ to one filled with wisdom on how to walk wisely in carrying a message of living without fear against life’s storms.

Born in 1939, Dion DiMucci walked a storied life as a wanderer wondering how $36 saved him from boarding the plane with Buddy Holly. He tiptoed thru a broken America both protecting and being protected while stepping through the south with Sam Cooke, where ultimately he found God & the rock&roll Hall of Fame.

Six decades later, his music and words show us how to be a wise walker filled with truth and faith.   We’re told to erase history to make life better; how foolish.  Remembering (or singing) the blues stirs up the strength to not let the past be forgotten whilst carrying those we love with us – to a better place in this promised land.

Historian and Philosopher John Dalberg-Acton once stated post the civil war that ‘History is not a burden on the memory but an illumination on the soul.’   The song American Pie by Don McLean describes the unfortunate tragedy of Buddy Holly dying in a plane crash as ‘the day the music died.’   Dion, who should have been on that very plane, said that is so not true.  He said in actuality it was ‘the day that music exploded!’   Buddy Holly’s death illuminated his music style and revealed the rigors of musicians traveling from gig to gig.  Holly and Ritchie Valens and Dion were touring together when their bus broke down in Iowa in 1959.  Dion tells the story of how he did not want to spend the $36 needed for the flight because it was the same amount of money his parents paid in rent monthly for their home.  That day 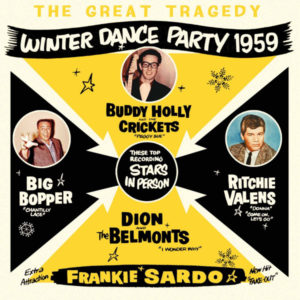 illuminated his soul to how lucky he was to be alive, yet he also carried a burden of guilt, wondering why his friends did not survive.

There will soon be a Broadway play on Dion’s life opening in 2021. He has also released a brand new album called ‘Blues with friends.’   To attempt to cover his whole life story would be a huge task. Instead, I have created a YouTube Playlist

For many, including my son who I was shocked to hear him say; ‘I have never heard of Buddy Holly –  In fact, until you played that ‘Walk with Him’ song 100 times I had never heard of Dion or Dion and the Belmonts either,’   it will be an introduction to a great singer-song-writers blend of new and old and also controversial words and music. 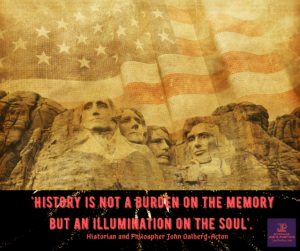 I am shocked at the naivety of many who wish to erase history by burning history books and knocking down statues thinking that will solve the problems of racism and outright bullying that has been highly illuminated of late.  People act like other people being treated like dirt is something new.  It has been going on since the creation of mankind.    In no way do I mean to diminish the systemic racism that exists in America, history, however, must be made known to illuminate past successes in fighting this plague as well as the failures.

To accomplish the task, I have intertwined songs of Dion’s about racism, including the relationship he had with another tragic figure, Sam Cooke.  I also have included others in the rock and roll era with videos showing a unity of races.   My son was quick to note that the video of the Wanderer from 1961 had only white people in it.   Runaround Sue stereotyped a loose girl while seemingly giving freedom for the guy to wander wherever he wanted with no stain of reputation.  But we also see songs calling for change and condemnation of wrongs.

On a personal side, I included a video from old Cleveland stadium in 1995 where Chuck Berry and Bruce Springsteen rocked together on stage.  Ironically 25 years later, Bruce was the guitar player for Dion on the first song on the Playlist.  I recall seeing the Rolling Stones in 1978 at the same venue where 83,000 people booed the opening act of Peter Tosh because they did not like the unique style of the Jamaican at the time.  My best friend nearly od’d at the concert but he lived.  It was an earthshaking memory for me because I knew I needed to avoid the hard drugs.  That friend died several years later because he did not heed the call to change.  Those memories are ones I do not want to erase, they highlight my fortune to not be the one six-feet-under.  It also illuminates my growth and needs for continual growth in the area of compassion and empathy for others.

Per usual, my writing includes two phases.  Warning, the Playlist includes songs that touch on a spiritual aspect of the topic.  Dion had a phase of five albums where he did nothing but gospel-like music and seemingly flip-flopped on his spirituality.  Feel free to fast forward through some of those that are included in the Playlist, but maybe you might gain something from this wise walker.   You definitely want to get to the last video, though to hear his full story on the Buddy Holly plane crash, it is phenomenal.

If this is your first time visiting Average Joe’s Portico, every post is written in two parts. You have just read the portion challenging the mind, body, and soul.  In The Portico, I seek to tap into your spiritual side, but only IF YOU DARE.  Tap the Red Line Below to hear the Part 2 Spiritual side of the story.  (For additional info – read the ‘Do You Dare’ Tab)

I have always had an ear for music, and upon becoming a Christian 40 years ago, I was advised that my days of listening to Black Sabbath and Pink Floyd would have a negative influence on my walk with God.  Continuing in the lifestyle and influences surrounding drug-based music had to go.

In the early 80’s several top artists, including Bob Dylan, Kerry Livgren (of Kansas), Al Green, and Dion halted their secular music roots and went full gospel only.   I found it exciting to have some of the famous artists join in my belief in God, and their genre was a relief from what I hate to call the mundane ‘Christian music.’

Today some of the hottest news surrounds Kanye West and Justin Bieber while ‘Christian artist only’ Lauren Daigle tapped into the limelight battle criticism.   Sadly the judges of what’s right and what is wrong in the ‘how to be a perfect Christian’ book spew their opinions loudly on social media with their view of how such artists should or should not walk with God.  While there are verses that tell us not to associate with any unbelievers, too many have lost that our calling is not total separation from the world but influencing it – as noted by Jesus in His prayer before completing his mission on the cross ‘, I do not ask You to take them out of the world, but that You keep them and protect them from the evil one.  They are not of the world, just as I am not of the world.“  John 17:15-16 NLT

Dion, as I titled this review has found that balance going from a wanderer back in the 1950s to a bold Christian in the ’80s, seemingly swung away for a while, but has proven that a quiet influencer at the age of 81 is the type of balance others should follow.

He sets a good model to follow in that while maintaining freedom from drugs, sex, and alcohol and keeping together a strong marriage for 50+ years, he also has somehow managed to cut an album with some of rock’s very top players.  (Yes to the in-a-box folks, I am aware of things he has said and done over the years that are not exactly how Jesus would do them, as stated, history teaches us from both the wrongs and rights)  Too many Christians separate themselves in a life of 100% church only activity and only associate with others in their belief circle having zero influence in their field.  Well done, Dion, for showing us how to do it right!!!

“Now may the Lord of peace Himself grant you His peace at all times and in every way [that peace and spiritual well-being that comes to those who walk with Him, regardless of life’s circumstances]. The Lord be with you all.“  2 Thess 3:16 AMP.    Walking with Him is the chorus of the 1st song on the Playlist and it sits as the closing number of an album that debuted #1 on Billboards list on its release June 22, 2020.

Things like this don’t happen by burying history and ignoring the paths God has set for us to travel and bring testimonies to illumination.  It goes to show that we need to get out from behind the closed doors of the church and be greater influencers on the people that need to know God so badly.  We will not beat the hate and division that has permeated America, by sitting at home griping about face masks or running back to the comfort of the church pews when the covid thing ends.

The saga of Noah’s ark to some is like a fable, but scientific evidence  accepts at least the minimal belief that a very large earth devastating flood-impacted many parts of the world way long ago.    It is important to remember that the evils of the world caused God to bring an end to 99+% of the people that had chosen to reject him.  He offered up a stark reminder that both implants the memory and illuminates the soul of man to look to make life better;  ‘When that rainbow appears in the clouds, I will see it and remember this eternal covenant I have made with all living creatures.’Genesis 9:16 NLT   God recommends we remember history very well, so that we either don’t make the same mistakes other made or that we thoroughly remember how He helped His people walk thru a river and even on water.

Some of us are wandering and wondering what is happening. Let’s be like Dion and walk wisely.

Please share your comments, your thoughts may be what others are afraid to say.  Anonymous posts are allowed, but subject to good taste.