How much would you pay to PLAY in the Super Bowl? 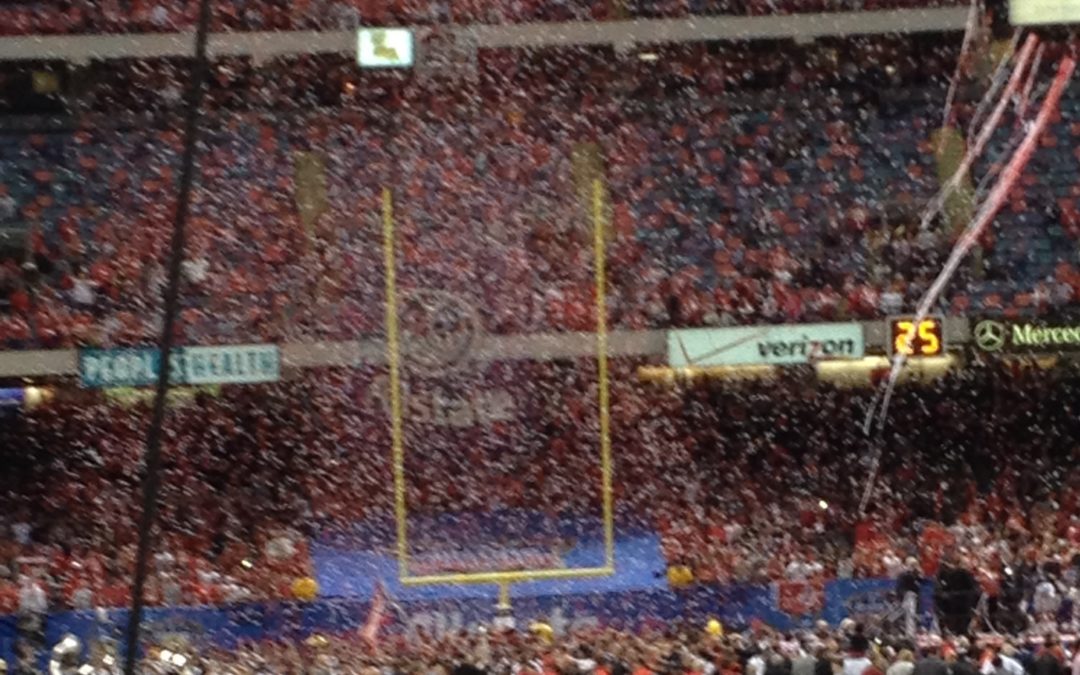 Tickets to see a Super Bowl game average over $3500 per seat and can run as high as $25,000 for the best seats in the house. See article here.         Just to watch a football game, in a seat and be part of the experience to be at the game,  people are spending thousands of dollars. How much would you pay to be there?

I have had the fortune of being at a few championship games.  I hate to admit it, but yes,  it was worth every penny.   Although it is a bit hilarious to note how much money you pay for a seat, that you barely sit in for most of the game as most fans stand and cheer during the whole game. 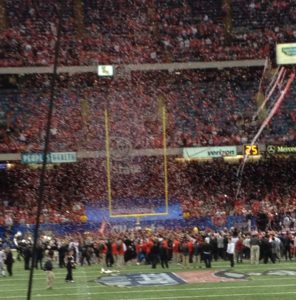 Picture it a step further, what if that same coach and team offered to let you put on a uniform and get in on a few plays in the game? Your name would be on the back of the uniform which you would surely keep and mount on your wall forever.  On to the field, you would go, and you are given a chance to not only play in the game on the field in front of millions of people, but they give you the ball (or puck, or dart or..) and allow you the chance to score.

Imagine the memory seared in your mind of 80,000 people screaming as you cross the goal line. The referee’s hands go up signaling the score, you would remember it forever.

How much would you pay to play in THE Super Bowl?   How much fun is it, just to dream about such an experience?

The thought hit me though about an even larger playing field and something that is more than a game.  One that lasts not 60 minutes, but your whole life and the memories last for all of eternity.  How much would you pay to play in THE biggest game of Life?  If you dare to consider the thought read on…

If this is your first time visiting Average Joe’s Portico, every post is written in two parts as I believe in choices. You have just read the portion challenging the mind, body, and soul.  In The Portico I seek to tap into your spiritual side, but only IF YOU DARE.  Tap the Red Line Below  to hear the Spiritual side of the story.  (For more info – read the ‘Do You Dare’ Tab)
Note this was originally written for SuperBowl 50, updated for #53.

Aha, you dared to read further to see what Game I describe.  Only it is not a game but a fierce battle.   If you look into the entire world today, there is much more happening than 22 people putting on pads, uniforms, helmets, and cleats tackling each other.  A warrior named Paul, who had actually been part of slaughtering Christians before He had an encounter with The God of the Universe, describes the playing field as:

“This is not a wrestling match against a human opponent. We are wrestling with rulers, authorities, the powers who govern this world of darkness, and spiritual forces that control evil in the heavenly world.

So then, take your stand! Fasten truth around your waist like a belt. Put on God’s approval as your breastplate (pads).  Put on your shoes (cleats) so that you are ready to spread the Good News that gives peace.  In addition to all these, take the Christian faith (uniform) as your shield. With it, you can put out all the flaming arrows of the evil one.  Also, take salvation as your helmet and God’s word as the sword that the Spirit supplies.  Eph 6:12-17 (GW Version)

So it may be easy to scoff at such words as nonsense as we do not ‘SEE’ these spiritual things the Bible describes.  In the good old USA, people have the right to worship where they please, and churches are found on every corner.  Yet undoubtedly those rights are being stripped away and verbal attacks in the media bundles politics with spirituality labeling followers of Christ as intolerant villains taking the freedom to do as one pleases away.  The Bible and prayer have been removed from schools and each day proposals and rules are changed pushing God further away.

In the rest of the world, there are is real persecution as thousands of Christians are killed for their faith in many parts of the world.  I site a common news source (which was not easy to find) Forbes magazine which liberally states that 4305 Christians were killed in 2018 merely for following their faith.  They also note that 215 million face high rates of persecution.

While it is a dangerous battle in parts of the world we are in a period that allows us the choice to have happy church-going time, but how many participate in the game itself?  What a joy it that it has been declared that those who believe in God will have an inheritance in heaven that will last for all of eternity, a really long time. The Bible also declares:

In Ephesians 1:5-7  ‘God decided in advance to adopt us into his own family by bringing us to himself through Jesus Christ. This is what he wanted to do, and it gave him great pleasure. 6 So we praise God for the glorious grace he has poured out on us who belong to his dear Son. 7 He is so rich in kindness and grace that he purchased our freedom with the blood of his Son and forgave our sins.

God could have just forgiven the sins of those He loved and said alright, game over, let me take you out of this world and come straight to heaven with Me.  That would be great in and of itself of course.

But how much better of a plan is it that God has allowed us to participate in helping bring souls to heaven? Those who believe in Jesus Christ and are followers of Him by Faith are given the opportunity to play in an even greater bowl game.   THE game of life-saving!  When we get to heaven, we will be given rewards (1 Cor. 3:8)  and share in a portion of God’s glory.  It will be viewed by billions of people and angels cheering as God says well done, good and faithful servant.

How much would you pay for that experience?   Would you give your life for it?

Life here on earth can be unpleasant, to say the least at times.   Maybe you think this is all fairy tale talk, but way back in Genesis Adam and Eve were walking around together with God and all was perfect in the garden of Eden.  God put them in charge of caring for all that He created and allowed them to be creators and rule over all things.  Then they messed it up when they used the free will God had given them and broke the one simple rule they had in front of them, don’t eat the apple.

As Christians living in a fallen world, we are in the game to do the same as Adam and Eve while adding in the opportunity to lead people to the One who fixed the part that they broke (one-to-one walking with God).   We still live in a world of choice. Thus it is not easy, and there is much opposition to the good news.  Yet what an opportunity we have to participate in bringing people to a place where they will be grateful for all of eternity for what efforts we made (by choice) to show them God’s love.   How much would you pay for this experience, would you lay down your life for it, as Jesus did?

We have been given the opportunity to be a part of ruling God’s creation and be creators like Him.   With our free will, we are given the honor to help bring people to heaven where we will share a piece of God’s glory for all of eternity.

1 Cor 9:19 For though I am free from all, I have made myself a servant to all, that I might win more of them.

Jesus told us to count the cost of what it means to be a follower.   Yet He paid the price Himself for us.  There is no need to fork out $25,000 or more for a ticket to heaven.  It has already been provided free of charge to those who believe.    The joy that was promised in the good news is a bit hard to understand.   It comes down to seeing the love of God and being so excited about what it means that we cannot hold back in telling others about it.  That is why I write JoesPortico, I love getting to play in the game of sharing what God has done for my life, for my family, and for many I know.

When you stop and see what it means for yourself and then have the opportunity to share the good news; How much would you pay to play in the game?