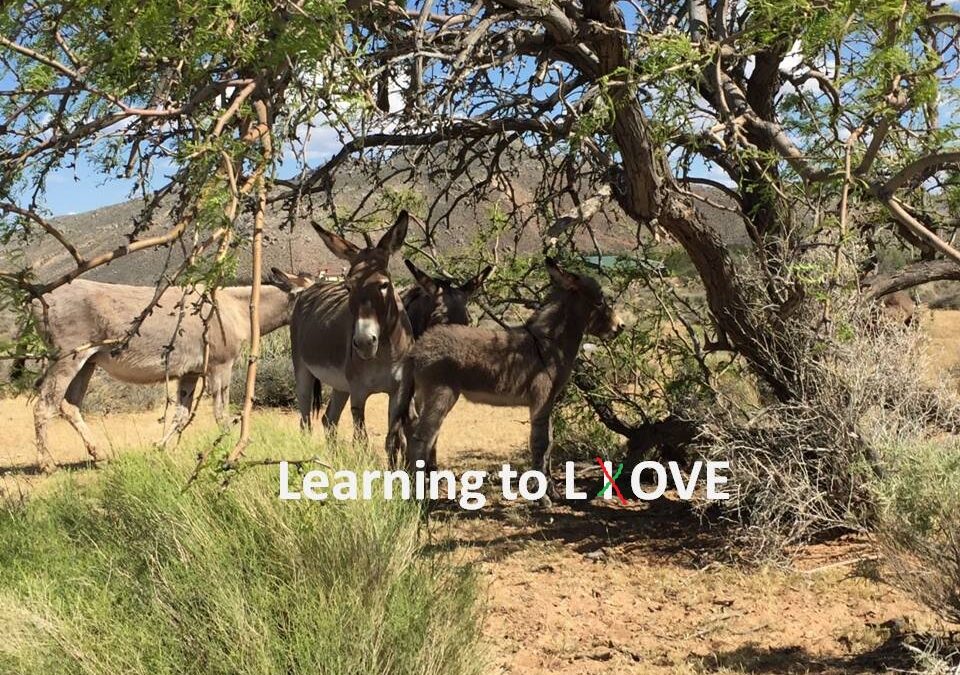 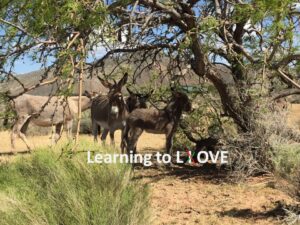 Christmas brings a time of reflection as we see the picture of a baby born in a manger surrounded by animals in a stable.   The ‘Christ’ian belief is that God came down from heaven, was born as a baby and grew to be a man who came to show us how to live on earth as God intended us to live.  He portrayed love.  We learned that ultimately that love was displayed when the man willingly sacrificed his life as he was crucified at the hands of ruthless people.  Each December 25th around the world people commemorate the day of His birth and give gifts to one another as we try to learn to live with the same love that, God in the form of man, showed us how to live.   The baton was passed to each of us and today we walk on earth Learning To Live, somehow with the same type of Love.

For those with the same foundational belief it all sounds so perfect doesn’t it?  The only problem is two thirds of the world’s population   does not agree with the story whatsoever.   In a country where supposedly 75% (which is down from the last Gallup poll of 80%)  claim some form of Christianity as their religion it is difficult to tell whether people are exemplifying the one they believe in or the one whose back Jesus’ mother rode in on.

I found myself writing a scathing comment on Facebook regarding comments some friends of mine had made as they were applauding the refusal of celebrities and ex-Presidents to attend the inaugural day of the incoming President. I stated my side, until better judgment told me to ‘leave the page’ instead.  While half the country cannot wait for a new leader in the white house, the other cannot wait for the one that resides in the position today to be gone.   So many of us live with a hate towards those who have different political and religious views.  I must continually ask my own mind, is that how I should live?

On the business side I at times let triggers remind me of people who have made decisions that bring on resentment.

They just pop up randomly at times, but bring sourness to any moment if I allow it to happen.

On the home-front my wife and I attempt to live in love for one another.  Yet at times we snap at each other for the dumbest things.   Of all things I found myself stewing over the Christmas decorations not being put up completely.  A few weeks ago I pulled all the boxes out of the attic, reluctantly, as after 30 years of the same routine, I just didn’t feel like doing it again.  I mumbled to myself how I will end up not only bringing ‘all this junk down’ but I will be hanging the stuff on my own.   Apparently in my old age I mumble louder than I think as my wife overheard me grumbling.   She shouted out, ‘I was just starting to get into the Christmas spirit, and now you ruined it’.

I had to stop and think, what is wrong with me, I need to change?  Sometimes I do act like a jackass at times.  And here it is, the Christmas season, when I am supposed to be giving out and caring for other people the most, instead I was tossing boxes down from the attic in anger.   Three weeks later, after I thought I was completely over the little anger, it has returned.  Yet for the other twenty days it was hardly bothersome.

What dawned on me through both stop and think moments; is the need to constantly be on the guard for letting negativity bring out the donkey in me.   Too often we wait for Christmas Day to be what we need to be ready to do and be every day.

While I don’t follow the same religion, the Dalai Lama has a great saying on learning to live:

And earlier this morning an even deeper revelation awoke me at 6:00 a.m. on a day when I was so wanting to sleep in.  Instead I got up, poured some coffee and satdown to write this as maybe, my struggles and lessons, may also help you to learn how to l i ove …    (If this is your first time visiting Average Joe’s Portico, please read the Do you Dare  tab to understand the shift, tap the red line before you read below and come on back ‘if you dare’)

DO YOU DARE TO CROSS INTO THE PORTICO?

I have this not-written code of forgiveness of trying hard in person to forgive those who may have done me wrong in some way.  Sure I can look them in the face and when I am in the what Christians term the ‘in-the-Spirit’ mode Think positive about them.  (although earlier in life I could not)  Sure I can in public Speak nice things about a person, group, old church, or that person that seemingly rejected me/us and went on another path.   But those triggers that I wrote about earlier, sometimes they pop up.  Sometimes they singe the soul.  The last thing I want to do is go and promote those people when I secretly do not have to.

To really Live it, I learned something from those pages that others who read it will not catch as they do not know the circumstances.   A quote was made along with an endorsement from a person, that in my opinion,  had made decisions of rejection towards them.   Having spoken about the situation, this couple harbored no ill will.  No bitterness.  No resentment.  And not only  had they not thought the negative nor spoke it, they included a quote in the book from them, in many ways providing a free endorsement.  I read it over several times and wanted to remind them and say, why would you do that?   I can get working on the thoughts and speaking nicely in public, but that is kind of out there. You can get quotes from anywhere, why them?

I realized, I have something new I can learn to do better everyday.   Forgiving people of wrongs is how heaven speaks, thinks, and lives.

That is what Learning to Live with the type of Love that Jesus carried and brought to us is all about.

May the meaning of Christmas living be with you always, not just for a day.

For a better understanding of what happened from the Christmas day birth to what living a life of love for  33 years is like, read this modern version from The Message of:

When Jesus arrived in the villages of Caesarea Philippi, he asked his disciples, “What are people saying about who the Son of Man is?”

They replied, “Some think he is John the Baptizer, some say Elijah, some Jeremiah or one of the other prophets.”

He pressed them, “And how about you? Who do you say I am?”

Simon Peter said, “You’re the Christ, the Messiah, the Son of the living God.”

Jesus came back, “God bless you, Simon, son of Jonah! You didn’t get that answer out of books or from teachers. My Father in heaven, God himself, let you in on this secret of who I really am. And now I’m going to tell you who you are, really are. You are Peter, a rock. This is the rock on which I will put together my church, a church so expansive with energy that not even the gates of hell will be able to keep it out.

“And that’s not all. You will have complete and free access to God’s kingdom, keys to open any and every door: no more barriers between heaven and earth, earth and heaven. A yes on earth is yes in heaven. A no on earth is no in heaven.”

He swore the disciples to secrecy. He made them promise they would tell no one that he was the Messiah.

Then Jesus made it clear to his disciples that it was now necessary for him to go to Jerusalem, submit to an ordeal of suffering at the hands of the religious leaders, be killed, and then on the third day be raised up alive. Peter took him in hand, protesting, “Impossible, Master! That can never be!”

But Jesus didn’t swerve. “Peter, get out of my way. Satan, get lost. You have no idea how God works.”

Then Jesus said to his disciples. “Anyone who intends to come with me has to let me lead (Other versions add “DAILY! – and my add not just on Christmas Day”). You’re not in the driver’s seat; I am. Don’t run from suffering; embrace it. Follow me and I’ll show you how. Self-help is no help at all. Self-sacrifice is the way, my way, to finding yourself, your true self. What kind of deal is it to get everything you want but lose yourself? What could you ever trade your soul for?

“Don’t be in such a hurry to go into business for yourself. Before you know it the Son of Man will arrive with all the splendor of his Father, accompanied by an army of angels. You’ll get everything you have coming to you, a personal gift. This isn’t pie in the sky by and by. Some of you standing here are going to see it take place, see the Son of Man in kingdom glory.”  (Matthew 16:13-28 The Message)